All of them awesome at what they do! 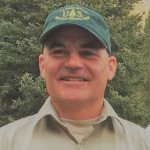 Greg Rosenmerkel is the Engineering, Minerals and Fleet Staff Officer for the White River National Forest in Glenwood Springs CO. He leads a team of engineers and technicians to support the sustainable operations within five ranger districts and multi-use management of 2.3 million acres of Forest Service lands in Western Colorado.

He now lives in Glenwood Springs CO with his wife of 27 years, Linda, and their two kids, Allison and Raymond. He joined the board in order to give back to fellow veterans and the community. Greg also supports the local Air Force JROTC detachment and Project Healing Waters, a fly fishing program for disabled vets. 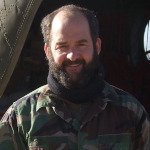 Jeremie Oates is a Program Manager for a Department of Defense Contractor in Tampa, Florida with contract worldwide in support of conventional and special operations units and warfighters.

Jeremie is a 4 th generation local who was born and raised in Aspen, Colorado. As a kid and young adult he participated in a variety of sports and outdoor activities to include Ski Racing, Varsity Football (All Northwest Conference in 1987), Bicycle Racing, 4H and climbing and mountaineering in the Elk Mountains. On graduation from Aspen High School, he attended the University of Colorado at Boulder on an Army ROTC scholarship while simultaneously being a member of the Army Reserves.

Upon graduation, Jeremie was commissioned as a 2 nd Lieutenant in the Infantry. He served in the Infantry until 1996 when he completed the Army Special Forces Qualification Course. He then transferred to the Special Forces Branch and served the remainder of his career as an Army Green Beret. In the course of his career he served in, and commanded at multiple levels, in a variety of Special Operations Units and Commands and deployed to over 20 countries to include Bosnia-Herzegovina, Afghanistan, Pakistan, and multiple locations in the Middle East. These deployments included numerous combat rotations from 2005-2011.

He also found time to continue with his mountaineering and skiing passions by being an expedition member on multiple trips in Asia, Europe and South America on 6000-8000 meter peaks. Culminating in 2003 with one of the highest ski descents (7650 meters) ever made by an American on Mount Everest.

In 2012, after a 22 year career, he returned to the Roaring Fork Valley with his wife Sally (also an Aspen High School Graduate) and two children Ellie and Florian. Both he and Sally enjoy being back home and continue to be involved with multiple philanthropies and non-profits that support Veterans and Veteran Causes. 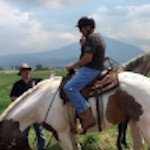 John served in the U.S. Marine Corps from 1966 to 1968. He served as Fire Direction and Control Specialist in an 81mm mortar section with 3rd Battalion 26th Marines in Vietnam from 1967 to 1968. All of his tour was spent in I Corps and along the DMZ from Con Thien to Khe Sanh. 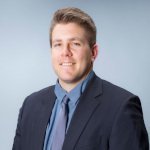 Nick served in the United States Army 82nd Airborne Division, 3rd Brigade Combat Team, 1-505 Parachute Infantry Regiment. He served one tour of duty in Baghdad, Iraq as a fire team leader and is obtaining his Bachelor of Science in Business Administration with a focus in Finance this coming fall.

Giving back to the valley in which he grew up in is something he holds in high regard to past, current, and future veterans who find themselves living in these beautiful mountains. He now lives in Carbondale, Colorado and is an avid golfer and Nebraska Cornhuskers fan. 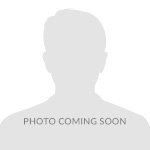 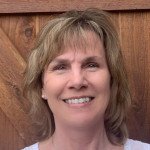 Lisa Doak and her husband, Rich, moved to the Roaring Fork Valley early in their careers to take positions at Colorado Mountain College and the US Forest Service, respectively. They soon realized what drew them to Glenwood, the abundance of beauty and recreation, quality of life and sense of community, was reason to stay and put down roots.

Most recently, Lisa lead implementation of a virtual counseling program for Colorado Mountain College students. Lisa’s community service and involvement has included Sopris Elementary School Accountability Committee, SANE services development committee, and United Methodist Church scholarship committee. She is a member of the Community Health Initiatives Communities that Care Board. Lisa, Rich, and daughter Allie, along with two golden retrievers, enjoy time together outdoors playing in the rivers, mountains and desert whenever possible.

Lisa is honored and excited to be a part of the Western Slope Veterans Coalition Board and looks forward to contributing the work WSVC does to support our veterans and their families. 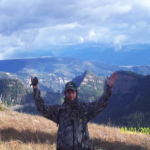 Geno moved from Wisconsin to the Western Slope in 2013. He attended the University of Wisconsin for two years on a football scholarship. Geno is now retired after 45 years in the construction business. He has been a WSVC board member since 2015, when Charlie Hopton and John Pettit asked him to be part of the organization.

He was happy to serve because he wanted to help veterans in need. Not having been a veteran, Geno says, makes the position all the more rewarding. Since 2016, Geno and his brother have organized a veterans benefit/fundraiser, held in the town of Silt, to raise money for the WSVC emergency fund.

Hello, I am Sierra Beightel. I was born and raised in Glenwood Springs. My grandfathers both served for our country; one served in the Air Force, and the other one served in the Navy. My father has been a member of Glenwood Springs Elks Lodge for most of my life. It was through the Elks Lodge that I became involved in local Elks Lodge Veteran events. Some of my favorite past times are reading, writing and when around veterans, I am there to listen to their stories when and if they want to. I was raised to thank every veteran I see in public places and I am very grateful to be raised in this manner. I hope I will be able to discover more strategies to help more veterans and to bring smiles to their faces.

We are always looking for volunteers to help around the office or plan and coordinate WSVC events. Send us a quick message from the Contact page and we’ll be in touch soon. We love to hear from you!